There is no better moving company in town than Beuser Group and that’s a fact. Our man and van Kingston covering solutions have been highly praised by residents and businesses from around the area alike. The simple fact is that we offer punctual completion, safety for the goods of our clients and energy that facilitates the hassle-free completion of even the largest and most complex moving jobs out there.

Getting a man and van in Kingston from our company is easy and after that you will not have to worry about a single aspect of your project. Our licensed technicians are going to bring in all the necessary supplies and equipment, along with a clean GPS navigated transit vehicle that is fitted to the specs of the task you have for us. When we say that we will take care of everything for you, we mean it.

Our customer support is:

Get in touch today and leave all else to our man & van team in London. We will do our best to accommodate you fully. 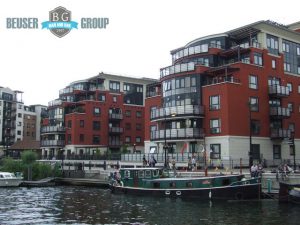 The Borough of Kingston upon Thames is one of the four administrative entities of its kind on the territory of Greater London that have a Royal status. In addition to the main town here – Kingston – other major areas include Surbiton, Chessington, Malden Rushett, New Malden, Tolworth and part of Worcester Park. The borough is located to the south west of Central London and covers a complete territory of 14.38 square miles. The last census, conducted in 2011, estimates the population of Kingston as 173 500.

One of the reasons why Kingston is designated a Royal Borough is that principal town here acted as a place of coronation for a number of Anglo-Saxon kings in the 10th century AD. Today the so-called coronation stone, where the ceremony took place, is one of the main attractions in the borough. At present, Kingston is celebrated as one of the biggest and most popular shopping areas outside Central London. Major attractions in the area include the Chessington World of Adventures resort, the beautiful Thames Riverside and the Hampton Court Palace and its Palace grounds which were home to none other but King Henry VIII – another strong royal connection in the history of the borough.